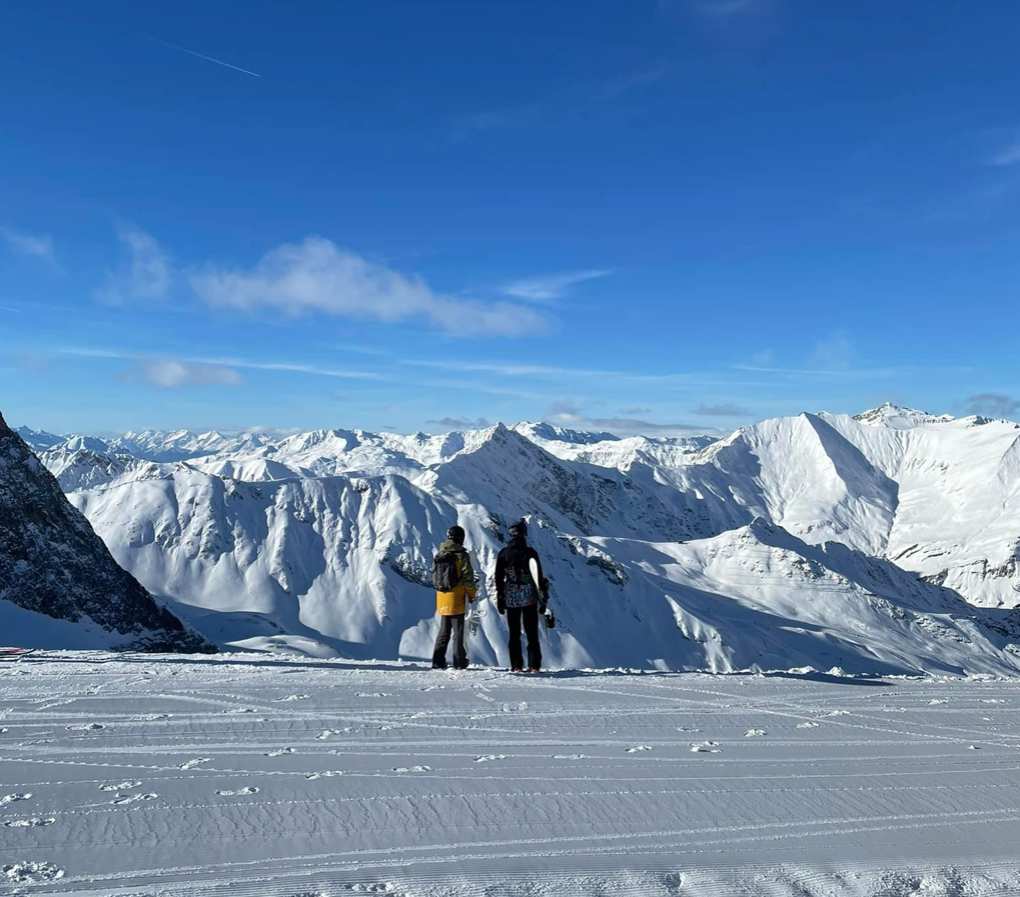 Ski Holidays to Austria : Spring Skiing in the Austrian Alps

Even by mid-March, the Austrian Ski Season is far from over and there is a lot to look forward to in Spring. Whilst there is something to be said for the crisp, early season wintry days, skiing later in the season has so much to offer.

It’s all about the base (!) and, with a few months of good snowfall behind us, March offers some of the best snow depths of the season. In Fieberbrunn, for example, upper slope snow-depths peak around the 3rd week of March and you can enjoy top-to-bottom skiing well in to early April. Spring showers and further snowfall will continue to top up snow cover.

Whilst some stick to the mantra ‘head high late season’, it is important to look at the snowfall patterns and keep in mind that more snow falls at a lower altitude in the Eastern Alps. Some Austrian resorts rely on northerly storms to deliver the snow, some on southerly weather systems.  Resorts that have predominantly north-facing slopes will also hold the snow longer in the season.

The high season European School holiday dates ended on 5th March and, from here on to Easter (17th April), you can expect quieter slopes, less queues and plenty of room on the sun terrace.

The sun continues to climb higher in the sky, the days are getting longer and you can pack more in to your day. Yes, late season south-facing slopes can soften by lunchtime however, this makes for the perfect combination of a good morning’s skiing followed by late, lazy terrace lunches in the sunshine.

There is still an expectation from most Hotels in the high season to only offer Saturday-Saturday stays. However, outside of the high season, hotels tend to offer more flexibility – perfect for a shorter break or your second trip of the Winter Season. Prices drop too and you’ll get more bang for your buck.

WHERE TO GO – OUR PICK

FIEBERBRUNN – Our second home and consistently excellent snow conditions until April helped by its own micro-climate and north-facing slopes.

KITZBUHEL – Not an obvious choice with a resort town height of around 800 metres however, this world-famous resort boasts a long winter season from early November until late April. The Streif run to resort level will be well-worn come late March but the vast majority of skiing takes place in the 1200-2000 metre range where (this snowy season in particular), conditions will still be excellent in to April. Great prices on top quality hotels too.

MAYRHOFEN & ZILLER VALLEY– You can expect very little snow at resort level late in the season but Mayrhofen’s skiing is accessed by the high-speed Penkenbahn Gondola which whizzes you up to the main ski area with skiing in the 1300-2500 metre range. Don't forget to take in the Zillertal Arena and HochZillertal regions - all on the same lift pass - and you always have the back-up of the Hintertux Glacier at the end of the valley making this a great late season choice.

KAPRUN – High altitude, glacier resort and now with the 3-K Lift connection straight from the resort centre to the Alpin Centre on the Kitzsteinhorn Glacier. Guaranteed snow over 3,000 m and skiing until May.

STUBAI – Austria’s largest glacier ski resort (110 km pistes) with skiing until the end of May. Stay in Neustift (just 30 minutes from Innsbruck) and enjoy some of Tirol’s finest high-altitude scenery.

St ANTON - Austria's largest lift-linked Ski Area, the Ski Arlberg offers over 300 km of piste and skiing from 1350-2850 metres. Apres-ski is back on and there are not many places that can challenge St Anton in the apres stakes!

For further information, enquiries and reservations, drop us an email at skiandboard@snowscape.co.uk, submit an online enquiry by clicking on CONTACT at the top of this page or call us on 01905 731269.

Back to News & Offers